How to Install Tennis Court Fencing

A fence is a necessary equipment on the tennis court. You can play tennis on a court without any fence, but it is uncomfortable.
Different options can be applied for building a fence around the court depending on the owner’s preferences and the budget. One of the most aesthetic and durable variants comprises a fence made of panels. TennisKit Court Fencing Sets are suitable for all types of standard dimension outdoor tennis courts. Also, the following court fencing installation instructions apply for all surfaces.

It is relevant that the tennis court fencing is at least 3 meters high around the court in the places, where the balls are probably hit. Therefore, both shorter sides of the court are built at least 3 meters high. However, TennisKit24 recommends also that the longer sides within the range of the end of one panel (2,5 meters) are built minimum 3 meters high, too. In the case of longer sides, it is recommended to make the next gap between posts with a height of 2 meters. Further panels of the fence could be 1 meter high. 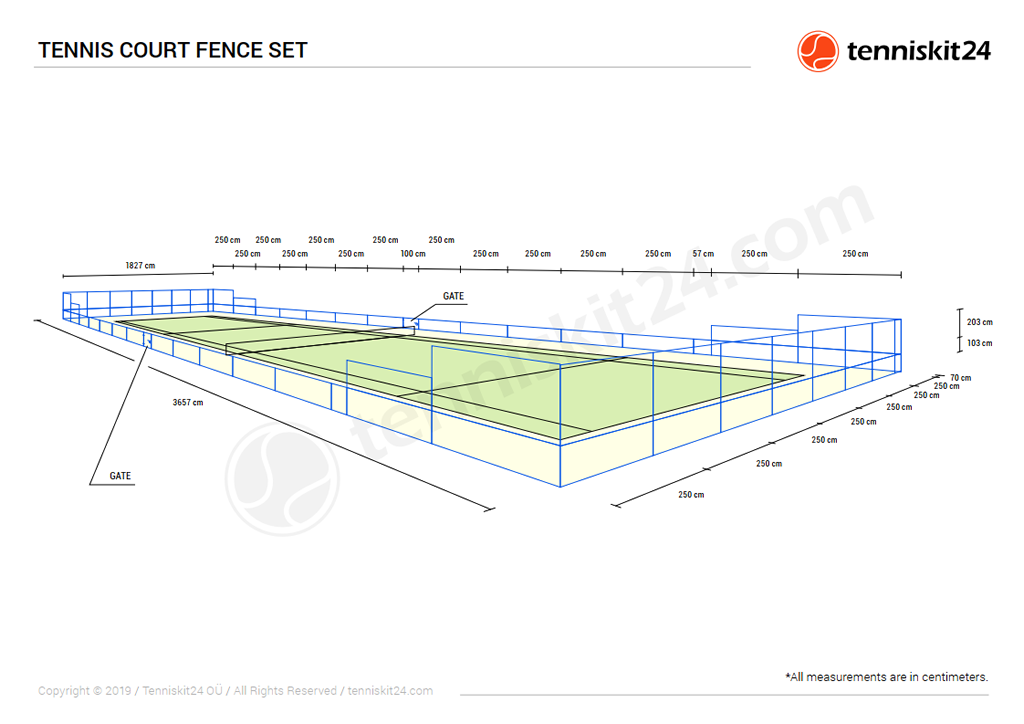 Tennis Court Fencing Must Have the Gates

The tennis court fencing must also have the gates – minimum one at least, two gates actually recommended. It is the best to install the gates in the middle of the longer side by the net posts. In this case, the distance is equal to be covered for fetching the balls hitted out from the court. The gate in the middle of the court disturbs the players the least when it is necessary to use the entrance during the game. 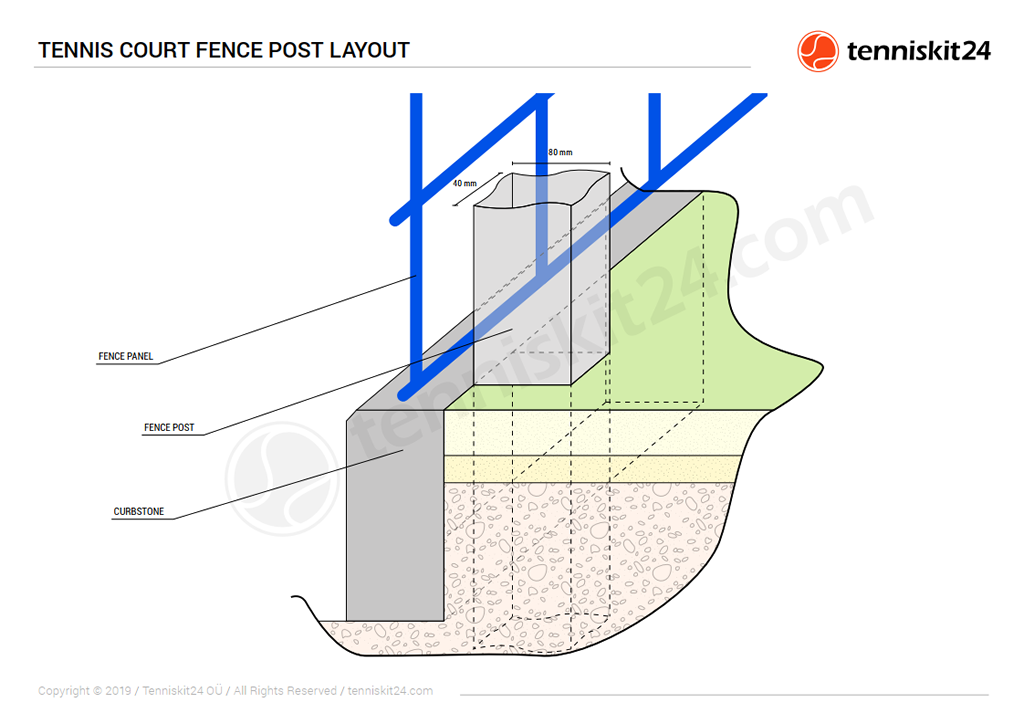 There are Two Possibilities for the Installation of the Tennis Court Fencing:

In the case of this option, the calculation of the height of the posts is a bit more complicated because no curbstones have been installed yet. Therefore the height marks of the surface of the court have to be marked and considered when calculating the height of these posts.

The court slopes towards the shorter side (about 9-10cm), the slope has to be considered upon the installation of the posts. It is recommended to distribute the difference of the heights (10cm) of the shorter side (18.27 meters) between the posts equally.

Use the Concrete to Install the Fence Posts

The posts of the fence around the tennis court have to be installed by applying concrete so that the concrete part is at least as long as the metal part of the post under the ground, recommended even 30-40 centimeters longer.

Fix the Fence Panels to the Posts

The fence panels are fixed to the posts by stainless steel brackets outside the posts. Upon the installation of the panels, keep in mind that panels are set so that the even edge of the panels is positioned upwards. This way there is no danger that a player who happens to run against the fence can get hurt by the edge of the panel. 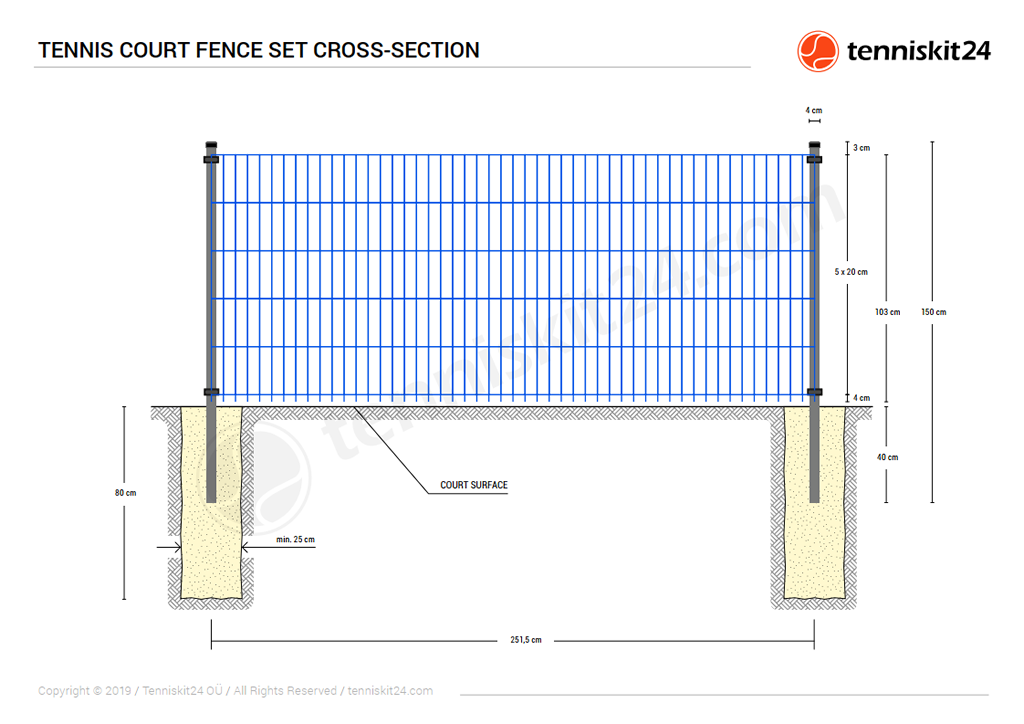 When the panels have been fixed to the posts, and the gate has been installed, the fence is ready for use. If you wish, it is possible to order a windscreen to be attached to the fence at the ends of the court. A windscreen creates an even background for the players and the balls are easily visible. At the same time, the windscreen also protects against the wind to some extent.