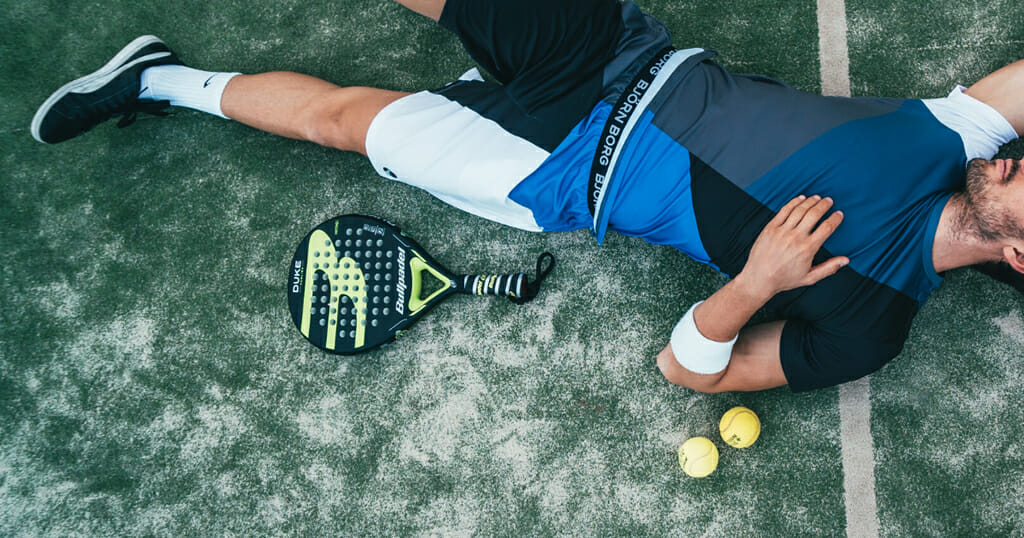 Padel’s popularity in the world is growing. Many tennis players discover padel for themselves at some point and some padel fans also have a private artificial grass padel court at home. The secret to padel’s popularity lies mainly in its simplicity – padel is physically significantly less burdensome than tennis. Besides, the padel is not technically so demanding. Therefore, this game is suitable for people of almost any age.

Padel is a sport, which combines elements of tennis, squash, badminton, and beach tennis. The starting year of padel is considered to be 1969 when the Mexican Enrique Corcuera built the very first padel court in his home. Officially, however, the starting year of padel is 1974 when Corcuera founded the first padel club in the world in Marbella. Padel immediately became very popular in Spain!

In the last ten years, padel has widely spread in other parts of Europe and the United States as well. Today, there are more than ten million padel players in the world. Padel has become one of the fastest-growing sports.

One of the most important benefits of padel is the social aspect of the came. Since padel court requires players to be quite close to each other, communication during play is an integral part of the game.

The biggest difference between padel and tennis lies in the structure of the padel court. Namely, players can continue playing a ball bouncing off the glass wall if the ball has bounced on the ground beforehand. One important difference is also the underhanded serve. Furthermore, the padel rackets have no strings and are usually covered with plastic or carbon.

The Construction of Padel Court

The padel court is like a reduced version of a tennis court with dimensions of 10m x 20m. The court is surrounded by four-meter high windows and steel fences. As in padel the players also use the court fencing for playing, the fencing needs to be produced specially for padel court. Moreover, the padel court requires a special and high-quality sub-base as well.

Many tennis clubs have added artificial grass padel courts to their property as well since padel can increase turnover for a tennis club. How’s that?

Namely, at least two or sometimes even three padel courts fit the same space occupied by a tennis court. Padel is always played by four players. Therefore, in the same space where only two people played tennis before, now eight to twelve would play padel!

As with an artificial grass tennis court, the padel court requires infill sand. Brushing the sand into the court should take place immediately after the installation of artificial grass. Additional sand should be added to the court from time to time. The infill sand ensures that the ball bounces on the court. In addition, the sand makes the surface even softer for the players’ joints. To maintain the good condition of the artificial grass, every court owner needs to do a more thorough maintenance every spring.

Get familiar with artificial grass padel courts HERE and start practicing this fun and social game!

Padel is considered to be the racquet sport of this century, as it’s one of the fastest-growing sports globally.... read more

Tennis Lessons for Children – What to Keep in Mind?