Padel is considered to be the racquet sport of this century, as it’s one of the fastest-growing sports globally. The sport has gone through rapid growth during the last 25 years – there are over 10 million players and over 4000 padel clubs in the world as of the previous year! And the popularity is set to increase.

Invented in Mexico in the 1960s, the sport has become widely spread in the whole Latin America and the United States. In Europe, padel has begun its conquest from Spain. Almost every town in Spain has a padel court!

But what are the secrets to padel’s popularity and success?

Get Addicted to Padel!

The reasons for padel’s popularity are as follows:

Padel has mostly become popular because of its simplicity. It is effortless to learn for players of all ages and skills. And if you have ever played or even tried other racquet sports such as tennis or squash or badminton before, it will take you just some moments to get a touch of the game. Compared to tennis, it is not as technically demanding and much quicker and easier to pick up. Hence, the players are more motivated to play and can enjoy the game from the very beginning.

Another reason behind padel’s popularity is the social aspect. Since the padel court is much smaller than the tennis court, the distance between the players is also shorter. The smaller court brings the players closer to each other and allows constant communication to happen. Therefore, the integral part of this game is a social conversation, which makes the sport so popular to practice! You can also enjoy quality time with your friends, family, business partners, or colleagues. Padel is a fun and sociable game to play.

Padel is physically significantly less demanding than other racquet sports, especially tennis. Although, as a training, it still offers a great aerobic workout, this sport is not as burdensome for your body since there is not as much movement as similar racquet sports. Also, the risk of injuries is relatively small. That is also the reason why many older tennis players once switch to padel when they feel tennis is too much for their body. But of course, if you want a physical challenge, it is always possible to increase the training’s intensity.

Compared to tennis, padel is also a cheaper game to practice regularly. The rent prices for court are usually the same as a tennis court, but as there are always four people on the court since the game is played in doubles, the rent cost per player is lower.

In terms of construction, since padel courts are significantly smaller in dimensions than tennis courts, less space is needed to build the courts. The smaller dimensions also lower the price and quantity of the needed materials.

Although the scoring system and rules of padel are the same as in tennis, the game concept is different. The uniqueness of the padel means that the players are allowed to use the glass walls around the court to return the ball and keep playing the point! The possibility to keep playing the point after the ball has hit a wall glass gives the game a different meaning. Tenniskit24 has two different types of padel court fence solutions available. Panorama Fencing system combines a great view with a minimalist design where glass panel connections are without vertical steel posts. Standard Fencing system has a more classic and straightforward design.

Padel – The Game of Future!

As you can see, the numerous benefits of padel are quite convincing. That explains why around 250,000 new people start playing this fun sport every year!

Get familiar with PadelKits by TennisKit24 and start practicing this fun game! 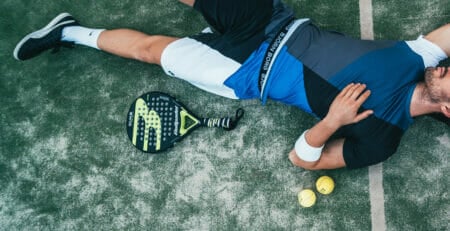 Padel’s popularity in the world is growing. Many tennis players discover padel for themselves at some point and some... read more

Tennis Lessons for Children – What to Keep in Mind?